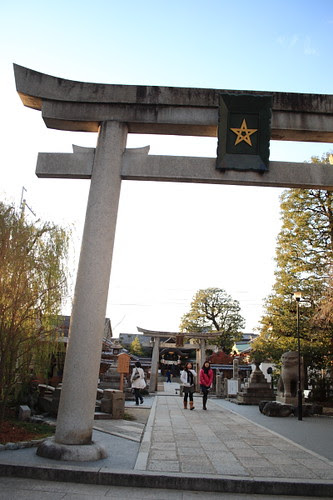 The gate leading to Seimei Shrine. Abe No Seimei was a famous and the greatest onmyoji in olden days Japan, kinda like our Feng Shui masters. He was so well respected that the past emperor built this shrine for him, supposedly on the site of his old house. 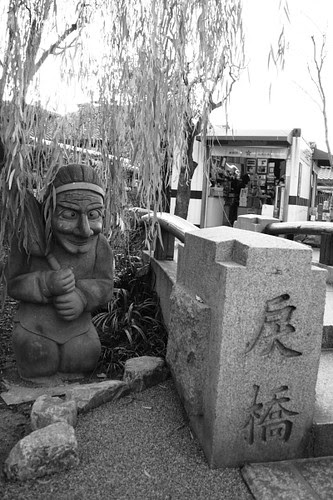 The spirit statue next to the legendary bridge was said to be one of the little spirits controlled by Seimei, who will inform Seimei of any visitor crossing this bridge that led to his house. 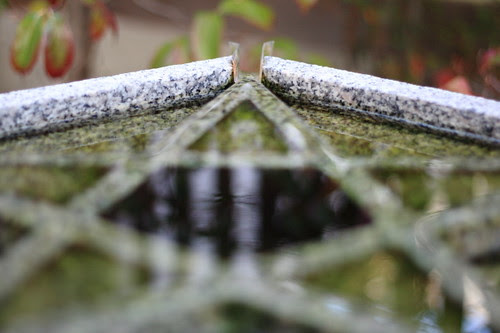 Water flowing from this Seimei well is said to have magical power that cure all illness. However it is pretty dry now. Still, the shrine will rotate this well to point it to the auspicious direction every year. 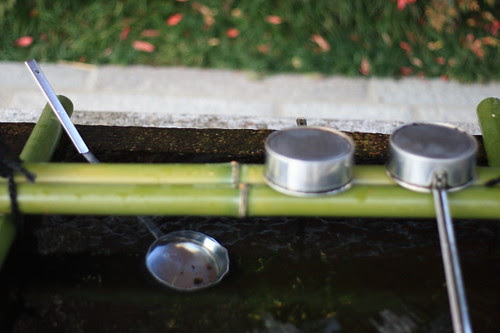 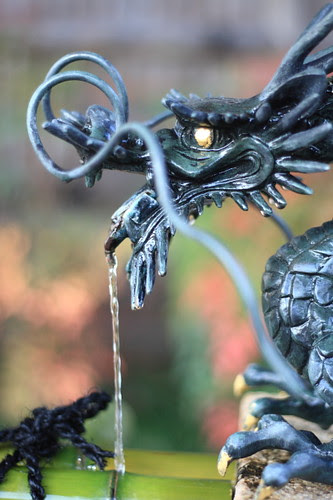 Water flowing out from a green dragon's mouth at the hand washing water point. 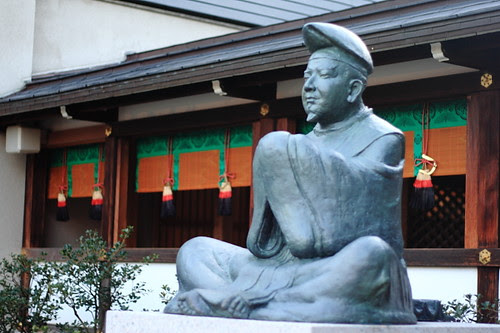 A statue of Abe No Seimei. Looks like a decent old uncle in official clothing, hard to imagine he had such great power. 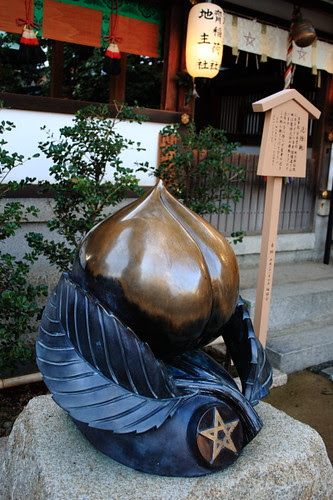 This bronze peach is made up of 500 pieces of donated bronze material. It is said that one will be blessed by touching this peach, so of course I've touched it too! Ha! 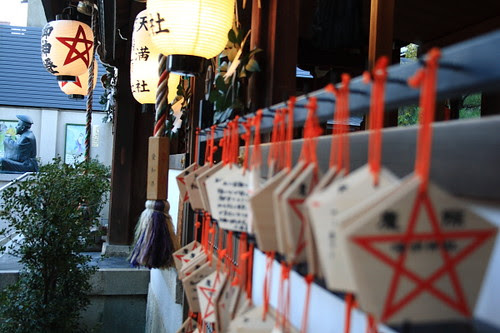 The wishes blocks in Seimei shrine are designed with the magical pentacle star, which is said to have magical power, and is a sign commonly used by Seimei.

Read more (in Chinese) on "Go Travel with Cloudywind"!
Posted by Unknown at 10:12 AM