To understand how a country's people spend their New Year is to have a visit to their markets, which is why it was a really right time for us to take a walk at Kyoto's Nishiki Market!

And just like our Chinatown New Year Pasar Malam, it was super crowded! 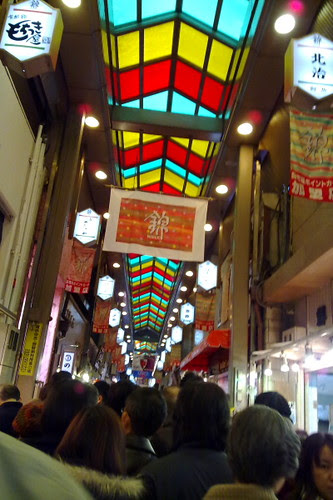 While we are complaining how expansive the seafood will be during our Chinese New Year, the Japanese's auspicious fish cost them like 4,000yen or S$63! 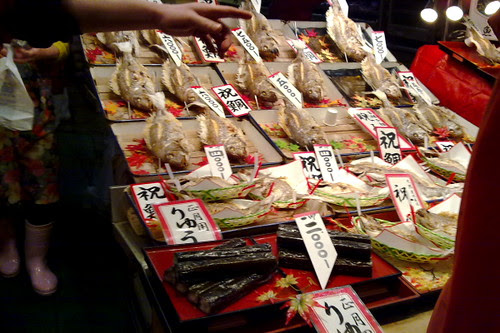 The Japanese hang ornaments on their doors during their New Year like we do, but instead of some o-bian gold ingots, red fire crackers and God of Fortune that try to act cute, they hang recyclable and environmental friendly leaves and oranges. 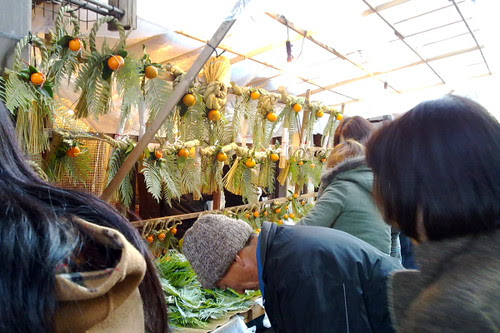 Here are some New Year kuay that the Japanese will pray with during the New Year then eat them up on the eleventh of January's 鏡開きの日. 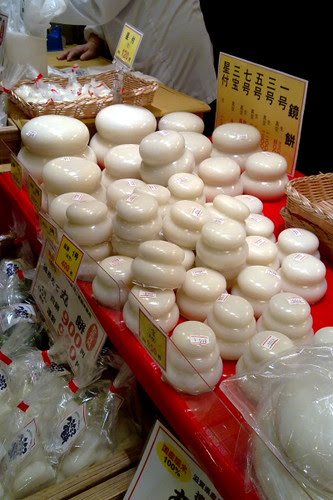 Kyoto pickles are famous and so you'll expect to see big tubs of all sorts of pickles in the Nishiki Market. However they're not going to last through more days traveling in Japan before back to Singapore so I have to forget about the idea of buying some back! 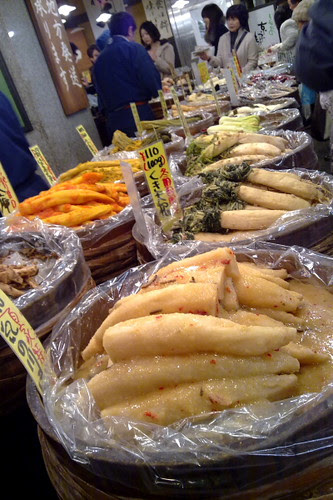 Friend took a picture of a group of guests in the little Japanese cafe in Nishiki Market before we got ourselves a table.

I ordered a bowl of red bean soup with BBQ mochi, which was really delicious! The red beans are big and tasty (meaning not just sweet, but also fragrant) and the mochi was crispy on the outside and chewy inside. The already very fragrant soup has gotten more character due to the charcoal taste from the BBQ mochi. 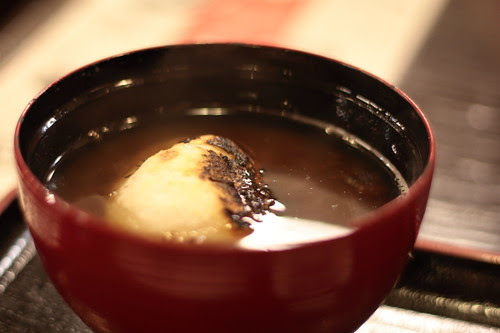 There's a shop that sells just rice crackers but they have lots of different flavors and they'll BBQ it before serving to you. 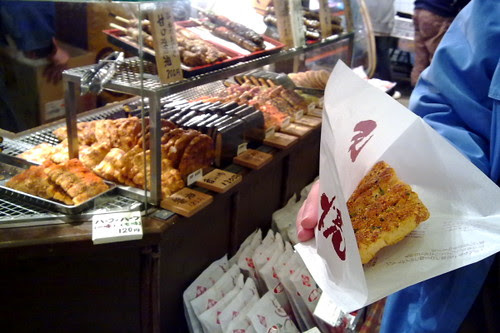 Kyoto tofu is famous and so we have to try out the tofu donuts and tofu ice-cream. The little tofu donuts were crispy on the outside and firm but not too hard inside, and very fragrant. It was 250yen, S$4 for 10, but we snapped them all up anyway! 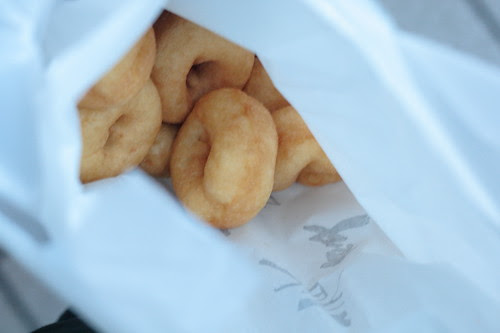 On the other hand, maybe due to the strong taste of the tofu donuts, the tofu ice-cream didn't taste as strong and as good. 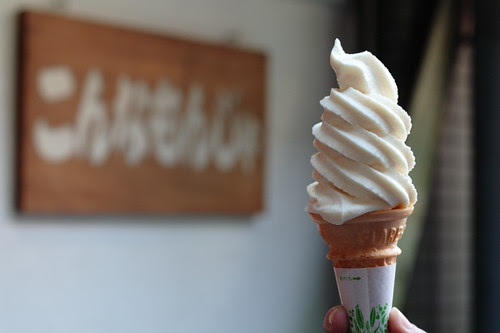 Right at the end of Nishiki Market is Nishiki Tenmangu shrine. Japanese students will pray here before exams because the shrine is a memorial of a very intelligent guy who used to serve the king. 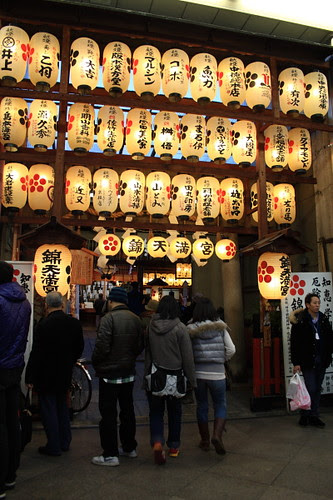 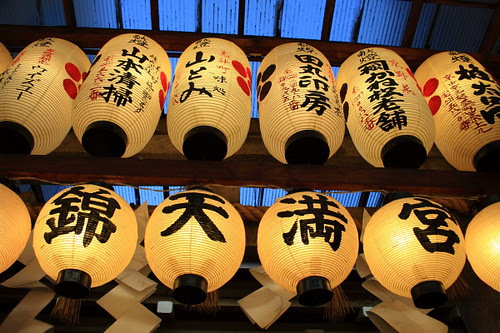 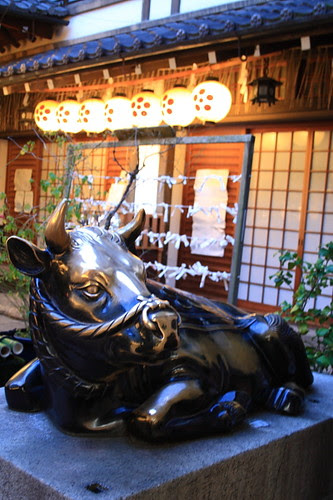 Inside Nishiki Tenmangu is a spring water point known as the 錦の水. Hey, we even saw an old uncle collecting bottles of it, so we couldn't be too wrong drinking a few big mouthfuls! 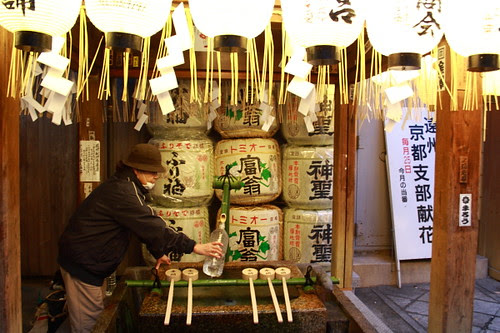 Read more (in Chinese) on "Go Travel with Cloudywind"!
Posted by Unknown at 1:51 PM