Anyhow walk in Japan - Best ever French toast in my life!

Near Kiyomizu temple are two very popular eating and shopping streets Ninen zaka and Sannen zaka. Because these crowded stone-paved streets are built on slopes, there is even an old saying that if you were to fall on the stairs of Sannen zaka, you will die within three years! Talk about some scary curse... 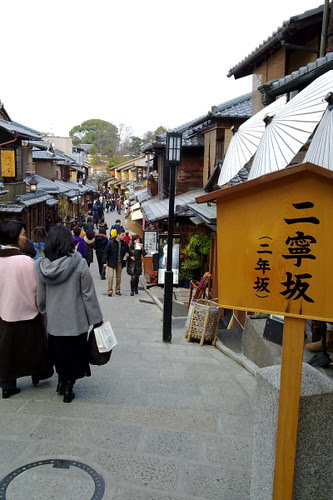 We had fun eating and shopping at Ninen zaka and Sannen zaka though, ate some matcha and chestnut cream puffs, friend bought a Japanese paper fan, and I bought some Kyoto pickles. 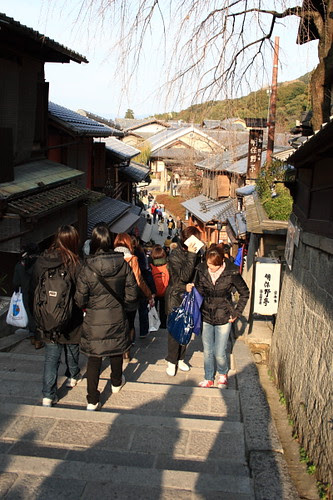 Inoda cafe is one of the oldest cafe in Kyoto that serves good breakfast. There is even a saying in Kyoto that one must always drink a cup of Inoda coffee before going to work! 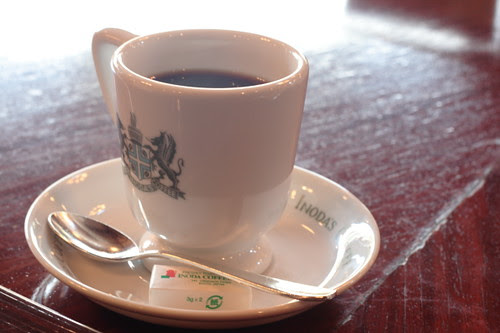 Inoda's coffee is indeed good stuff. Without adding any sugar or milk, the coffee itself is fragrant and strong. It glided down my throat smoothly and the best part is that it did not leave a coffee after taste in my mouth after I finished the cup! But at a price of 500yen, S$7.80, it is not cheap yeh! 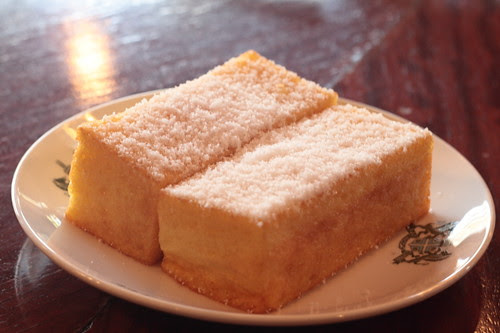 I've never liked French toast, but Inoda's French toast is extra-ordinary. This expensive plate of French toast costs 920yen, S$14.50, not exactly the kinda price you expect to pay for French toast. However it is all worth it. The toast is crispy but not hard on the outside, spongy and rich inside. It is not oily at all and tastes more like a cake than bread! 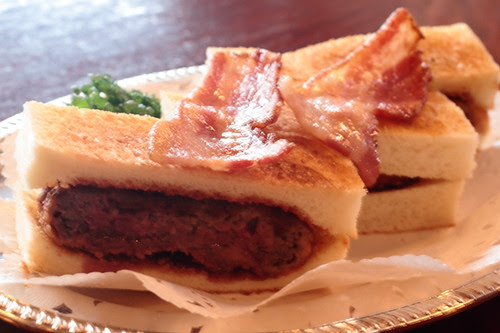 The beef sandwich is not cheap too at the price of 1730yen, S$27! But the steak is real juicy, a bit like medium rare, but without those gory blood! The bread is toasted crispy on the outside but soft inside. The bacons are crispy as well, but not dry at all. Overall, this is one good beef sandwich!


イノダコーヒ （Inoda） Official Website
Posted by Unknown at 11:13 AM