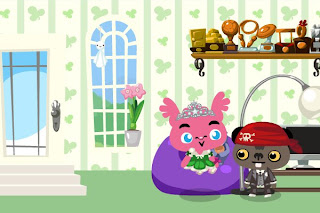 Ah Fook took up the task of interviewing the new Miss Galaxy 2010 at her home. As with the rest of the people in the country, he too feel that in these recent years, most if not all of the Miss Galaxy cannot make it, but hey a guy has got to do what he got to do to make a living right?

AH FOOK: Hi Miss Galaxy, there've been gossips among the people that you're not as pretty and witty as Contestant 7. So I'm here representing the press to interview you and it's your chance now to show that you've got what it takes!

AH FOOK: Let's start with... What are the benefits of living in a campaign city?

MISS GALAXY: Well, I think it is great! We've got a 'Smile' campaign, 'Be on time to weddings' campaign, 'Be Kind' campaign, 'Speak Chinese you pathetic banana' campaign, 'Give up your damn seat to that old man' campaign, 'Wash your hands after going to toilet' campaign, 'Remove still water so that you don't get dengue fever' campaign, 'Go get married quick' campaign... whether they are efficient or not, it makes our country more interesting and also helps to fill up the gap between TV program intervals when the TV station is not getting enough ads!

AH FOOK: What are the other things that deserve more attention from the people?

MISS GALAXY (after a long pause): Well, I feel that money and economic well-being are more important to us. I mean, when in parliament, the ministers only talk about the economy and population numbers. Even our country's pavilion at the World Expo is also showcasing our GDP figures! Good manners can't buy you bread you know?

AH FOOK: What would you do to become a good role model for others and why?

MISS GALAXY: First of all I should watch my actions and be more responsible. When there are angmohs nearby, I'll try to be more polite. But when I'm surrounded by the ruder China people, of course I won't waste my energy!

AH FOOK: Would you think most people are polite or rude?

MISS GALAXY: Well I think the Graciousness Index is just a number that only the gahmen understands and I believe many of us are doing okay! If we didn't give up our seats to those that need it more, at least we bother to pretend to sleep! If we tsk people blocking our way, it's just a shorter slang for "excuse me" because we're in a hurry! If we block alighting passengers by standing at the doors of MRT trains, it's actually because we're trying to be their support in case they fall! I mean, these days the MRT doors will open by themselves automatically even when the train is moving right? And if we don't give way to other drivers on the road, that's because we're too busy concentrating on avoiding the zigzag double yellow lines, dotted suddenly become full bus lane lines, get ready to give way to bus or else kana fine lines and all the roadworks every 500m!

AH FOOK: And lastly, I guess you're okay with me saying frankly that Contestant 7 does look prettier than you and is definitely smarter than you?

MISS GALAXY: Hey! That is so rude!


What's happening: Singaporeans slammed for being rude in Australian newspaper, 环球小姐惹争议 有脑有貌佳丽没夺冠军
Posted by Unknown at 12:21 AM