Ah Fook hopes to get a NDP ticket! 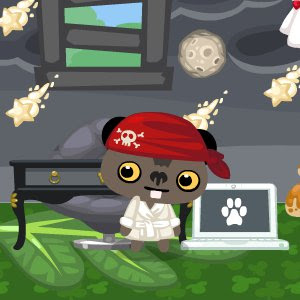 All these years, via phones, SMSs, AXS machines, SAM machines, internet, no matter how hard Ah Fook has tried, he just can't seem to get the tickets to National Day Parade!

Sometimes he really wonders, is it because he grumbled too much on his blog about the overcrowded MRT trains, or the super slow and unfriendly nurses in the poly-clinics? Is it because his block is too near the opposition ward though not in it? Or is it because on the previous year, he didn't hang the flag outside his flat early enough?

Now it's that time of the year again, to ballot for a little seat at the Padang, to celebrate the country's birthday with the other countrymen! Ah Fook dug his wardrobe for the only white piece of clothing he has and wore his trademark red pirate hat as usual. At exactly 20:10hrs, on the first day of ballot, he turned his notebook to face Southeast (the Feng Shui master said Southeast is his lucky direction of the year) and submitted his form to e-ballot for a seat at the NDP 2010. Hopefully, this year, Ah Fook could finally get a ticket, not that idiot who got 6 tickets and sold for $50 each on eBay!

You gotta ask your whole family to apply!
My family got lucky in 2008. :D