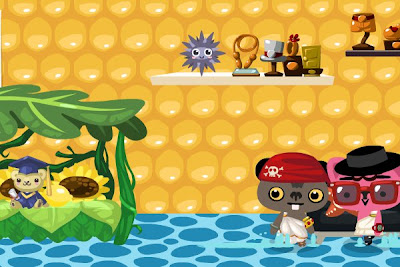 When Ah Fook met up with the Pastor, he was in a foul and shocked mood.

AH FOOK: Father, what is not fair?

PASTOR: The new guidelines on use of commercial properties for religious activities! It's obviously prejudiced against us!

AH FOOK: What happened? What is the new guidelines saying? You can't host services in commercial spaces anymore?

PASTOR: No, they don't dare! But it isn't any better. The new guidelines say that we cannot use more than 20 per cent of a commercial space total gross floor area for religious use, and we also can't use the space for more than two days a week, including Saturday and Sunday! This is so restrictive! And you know what? We still have to take care not to cause disturbances like noise, traffic or parking problems!

AH FOOK: Wow! Which means your guys can't illegal park at the road side to block everybody's way anymore?

PASTOR: And Ah Fook! These guidelines have to come out after we've forked out millions to buy over a giant shopping complex!

AH FOOK: Oh yah! That must really affect your plans!

PASTOR: Definitely! I've wanted to transform all shops in the complex to sell Christian books and accessories! The cinemas to only screen Christian productions! In 3D! For the huge convention halls, I've wanted to replace all those over-abundant computer shows with talks conducted by our religious leaders, replace the book fairs with Christian book fairs! In fact, I was so happy that Carrefour is getting out of the complex because I thought I could use that space for more religious activities to save more souls! Oh, and I was so planning to take away that sinful fountain!

AH FOOK: That iconic fountain? Why is it sinful? Looks nice what...

PASTOR: Ah Fook, the people believes that the fountain's Feng Shui will give them wealth. This is against our teachings. Feng Shui is superstitious and sinful.

AH FOOK: Oh... then I can't go there to touch the water before I go buy Toto anymore...

PASTOR: Ah Fook, personally I'm a little bit confounded as to the real reason behind this because I found that we have always been living within guidelines. Besides the usual insults and jokes we talked about other religions during services and on Youtube, we actually respect the other religions. But I guess we're sabotaged this time. Some people must have complained about us and thus the new guidelines.

AH FOOK: Hmm... I think this is unavoidable lah... You guys so high profile, like getting more and more rich and powerful like that, other people sure will be unhappy one.

PASTOR: But Ah Fook, this is not going to stop us and our faith! We've always found our own solution; in other words we go and make commercial arrangements and this means we actually pay much more than what we would if we expect someone or the government to make provision for us. Don't worry, all we've got is money!


What's happening: New guidelines on use of commercial properties for religious activities
Posted by Unknown at 9:13 AM