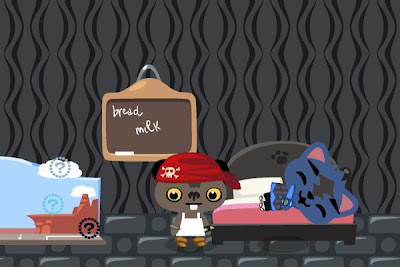 It was raining cats and dogs again in Singapore. But Ah Fook was surprised to find his journalist friend sleeping at home instead of getting out there to get the news of the latest flood.

LAZY REPORTER: Wah, Ah Fook, why are you dressed like the Human Charsiew Bun Killer?

AH FOOK: Your head lah! You can't expect me to dress up when there is a thunderstorm outside right?

LAZY REPORTER: Oh yah, it's sure going to flood again.

AH FOOK: Well, it's already flooding! And why are you still in bed? Don't need to report the latest flood area meh? Don't need to go take picture meh?

LAZY REPORTER: No, I've already posted on the Twitter to tell the public to upload all their flood photos onto our server. Got video better still! See! 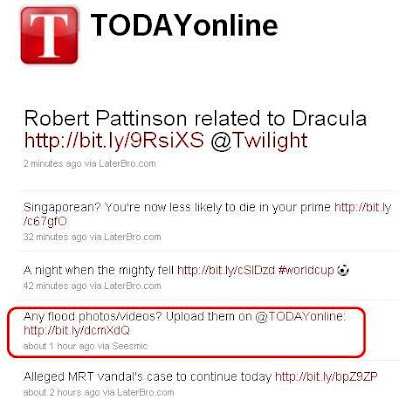 So later after lunch, I just have to go pull out all the pictures and look around what have been tweeted, and I can come up with the best report liao! Smart right?

AH FOOK: Er... like that also can meh? Don't have copyright meh?

LAZY REPORTER: Aiyah! Internet where got copyright one? All the stuff there are free for take what!

LAZY REPORTER: It's okay one lah! Even the big brother newspaper also doing that what! Don't believe me, you go check out this link on the last Orchard flood lor! Their photos are all from Stomp and the internet! We must learn how to work smart, not work hard, okay!