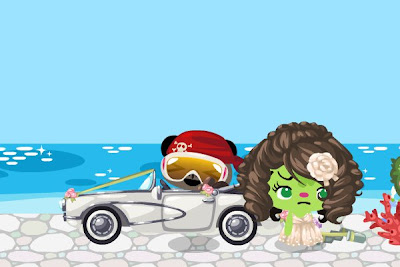 Some aunty called Sumoko is damn pissed with the "netizens" (yap, the mainstream media people call all the people who tweet, blog, search and surf the internet "netizens". Even if an old aunty only knows how to read emails also called "netizen").

AUNTY SUMOKO: Ah Fook, this is damn unfair! Why are all these netizens calling me awful names? I don't even know them, and I definitely didn't do anything to offend them!

AH FOOK: You did.

AUNTY SUMOKO: What? What did I do?

AH FOOK: Because the newspapers calls you the Carrie Bradshaw of Singapore, because the article of your marriage is occupying a super big page, and because you are on breaking news, all these reasons when nobody knows who you are!

AUNTY SUMOKO: Hey! I'm Singapore's most famous single woman and I'm a Newspapers Editor okay! If Sun Ho can be considered a Hollywood celebrity, why can't people see me as a Singapore Celebrity?

AH FOOK: Er... because not that many people has read the things that you write?

AUNTY SUMOKO: But not everybody has bought Sun Ho's album!

AH FOOK: Okay, one more reason. Because your to-be-hubby is called Hurricane.

AH FOOK: You see, these days, the words "heavy rain", "thunderstorm" and "freak flood" are very sensitive. People are sick of swimming to shops at Orchard River, or stuck in the expressways because of floods. Then suay suay when we have a flood again today, the newspapers decided to announce that you're getting married to your boyfriend "Hurricane"! Wah, I tell you har, after the rain and the drains, the Ministry of Freak Floods is going to blame your boyfriend for the flood this time!

AUNTY SUMOKO: All these stupid reasons for calling me names?!

AH FOOK: All that and also Orchard Road didn't flood again and the Singapore Twitterverse is kinda bored on a Friday afternoon.


Check out how #sumikotan is not Carrie Bradshaw!
Posted by Unknown at 4:55 PM