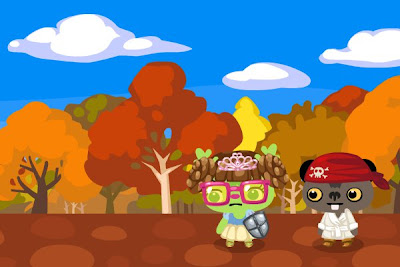 Ah Fook and his friend Leia are among the first batch of Litter-Free Ambassadors authorised to fight litter louts around Singapore.

AH FOOK: Damn, I forgot to bring my lightsaber.

LEIA: Ah Fook, we're not going to hit anybody. Not even a slap on the wrist.

AH FOOK: Then why are you holding a shield?

LEIA: I'll need it when I catch someone littering.

AH FOOK: To smack them on the head the moment you find them throwing rubbish on the floor?

LEIA: Ah Fook! Aiyo! No! We're not even authorised to issue fines! Our job is only to spread the anti-littering message. To advise people not to litter.

AH FOOK: Har? We're only authorised to advise? What make them listen to us? I mean, we're not Environment Officer leh, we might even kena handam for being such a KPO!

LEIA: That's why I need this shield mah, just in case... Oh, but I think I can handle this one just fine.

Leia walked over to a young MDIS student who just left his plastic cup on the bench and started to walk off. She pointed at the plastic cup and repeated the sentence "Please don't any how throw rubbish" continuously until he pulled his hair in despair. He then hurriedly picked up the plastic cup to throw into a nearby rubbish bin.

AH FOOK: Wah, do you have to nag at him like a mother?

LEIA: If not then how? How else do you think these people will listen to us?

AH FOOK: Hey Leia, that big-size Ah Beng with big tattoos has just thrown his cigarette butt onto the ground. I guess this is when you need the shield.

LEIA: No, Ah Fook. I think we need your lightsaber.


What's happening: Litter-free ambassadors hit the hotspots
Posted by Unknown at 11:59 AM