Ah Fook had the wrong buzz at the YOG event 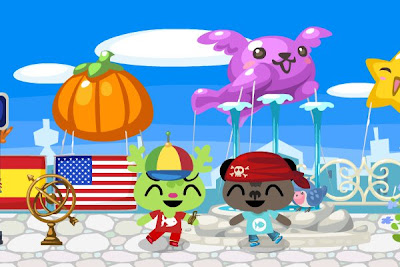 Ah Fook has agreed to help his friend out at the event in the heartlands, and it appeared all the hardware were in place for the huge event!

COMMUNITY ENVOY: Yap! Like in all NDPs, we always manage to get everything set up and ready to go way before the event!

COMMUNITY ENVOY: What tomorrow night? We're about two months away!

AH FOOK: Yah lah! Tomorrow is the opening match! South Africa vs Mexico! You can trust me on this! I can't be wrong with the dates when there are only 4 free matches!

COMMUNITY ENVOY: Er... Ah Fook, are you talking about the World Cup?

AH FOOK: Oh... so this event is to promote the YOG? Not the World Cup?

COMMUNITY ENVOY: No, Ah Fook. And in the first place why should we promote the World Cup? It's not even organised by our country!

AH FOOK: No mah, because this time the cable TVs overcharged us and made the whole World Cup so sour, so I thought they trying to organise some happy events to make eveyone happy mah...

COMMUNITY ENVOY: No Ah Fook, this is a YOG event to light up the buzz in the heartland. Because it appears that not much people are in the mood yet. Erm... I think some don't even know we've got the YOG...

AH FOOK: Oh don't worry lah! Everyone is aware of the YOG! I've seen the YOG goodies selling at NTUC supermarkets, 7-ll stores and even at petrol stations!

COMMUNITY ENVOY: Really? I didn't know that! I thought the souvenirs are sold only at a couple of locations?

AH FOOK: No, it's everywhere! In fact, I've even bought one of the mascot soft toys!

COMMUNITY ENVOY: Cool! Which one did you buy? The blue Merlion or red lion?

AH FOOK: No lah, I bought the green and yellow lion!

COMMUNITY ENVOY: Ah Fook, our mascots are only the blue Merlion and red lion, but no green and yellow lion.

AH FOOK: No green and yellow lion? But that's what I see everywhere!

COMMUNITY ENVOY: That is the South Africa World Cup mascot.

AH FOOK: Hey, don't keep playing the JJ cheer song leh, play the other one, the Waka Waka one!

AH FOOK: Yah! The one by Shakira lah!


For those as confused as Ah Fook, this is the FIFA World Cup 2010 South Africa theme song, Waka Waka by Shakira:


"Minnasan, karewa this time for Africa!"


And this is the Youth Olympics Games 2010 Singapore theme song, You Are The One, Singapore by JJ: