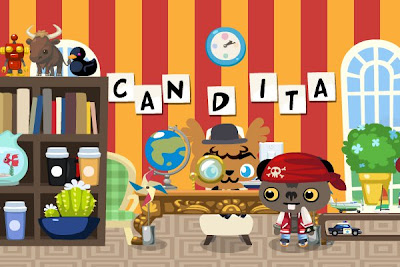 Just about one month before the YOG started, the committee suddenly realised money not enough and the budget has to be tripled. Ah Fook went to meet up with the Man-in-Charge to find out why were they caught off guard.

AH FOOK: Sir, what happened? How come now then you all realise that you have bite off more than you can chew?

MAN-IN-CHARGE: No, you must understand, it's not our fault. There was no precedent, no template, nothing! Maybe we were a bit naive with our initial estimates, but we're doing this for the first time!

AH FOOK: But Sir, you had two whole years to plan leh! And you only find out you don't have enough money like one month before the game starts?

MAN-IN-CHARGE: Er... hmm... erm... Well, at first we tried to plan it like a school sports day, then someone brought up that serving Milo and hanging the usual bright colour triangular flags is a bit too petty. Then we tried to plan it like a NDP, then someone brought up that YOG is more than just the opening and closing ceremony. So now we're trying to see how we can plan it like an international event. It's not easy, you know? All these meetings are very time consuming!

AH FOOK: Er... what events and exhibitions? I don't see anything around my neighbourhood leh!

MAN-IN-CHARGE: There are plenty! You just have to look hard enough! And we also need to contract out to transport company to provide private charter for the contestants! At first we thought we can ask them to take the world-class MRT, but it seems not practical now as the trains are always overcrowded.

AH FOOK: And to spend money to draw all the "Give Way" signs on all the roads...

MAN-IN-CHARGE: That too! Initially we wanted to put "Fine if don't give way" too, but I was told these are too many words to be put in one lane. Oh, and also we need to contract out to food company to cater food for the contestants and staff! At first we thought we can order KFC like we always do for NDP rehearsals, but then we were told too much fried chicken can be too heaty for sports athletes.

AH FOOK: Yah, I can imagine it's difficult to swallow fried chicken after exercising under our hot sun!

MAN-IN-CHARGE: Anyway, plus some spending here and there, we eventually added up to S$387 million.

MAN-IN-CHARGE: I know, but look, this is an once-in-a lifetime opportunity to raise the international profile of the country through the Journey of the Youth Olympic Flame in all five continents, and broadcasting the Games 'live' to a worldwide audience. My experts said that the value of YOG and Singapore' exposure in local and international news coverage is estimated to be in excess of S$86 million! Singapore will get famous, you know?

AH FOOK: Er... and then? So what does it mean to commoners like me?

MAN-IN-CHARGE: Hey, we need to look at the big picture! The YOG is opening up opportunities for Singapore businesses and Singaporeans, and furthermore, it is expected to attract an estimated 40,000 foreign visitors and tourism receipts of about S$57 million!

AH FOOK: You sure so many visitors will come to Singapore to look at some kids do sports? I'm not sure how many Singaporeans are watching the YOG themselves...

Mmm.. something is not right.
Spend $387mil to earn $57mil? Someone failed their maths.

The income dun even cover the spending for one day.

different mah, singapore MUST win in everything, so our YOG MUST be more grand than world cup mah!