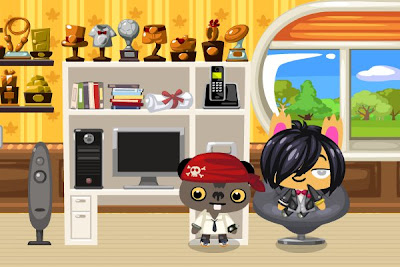 Ah Fook was helping a ministry to organise a very important event and so he attended a management meeting in the Minister's office...

MINISTER: Ah Fook, this is a very important event and so I want you to do your best planning. Remember that money is not a problem as long as we can justify.

AH FOOK: Cool! Oh by the way, on the way in, I saw some cardboard boxes and shopping bags in the corridor. Seems to contain valuables and nearly $13,000 cash... is it okay to leave them lying around like that?

MINISTER: Oh, don't worry about it! Someone will look into it someday!

AH FOOK: Oh, okay... Hmm... before we start, I was going through the payment we have made to some of the staff working on the project and I found over 50 cases of overpayment of salaries, bonuses, over-time claims, medical and dental subsidies, as well as double payment of medical expenses.

MINISTER: Oh, don't worry about it! Gahmen got money lah!

AH FOOK: Then when I was entering the event budget into the accounting system, I accidentally found that over 640 end-user accounts were wrongly given access rights to it, and some of the accounts allowed users to modify programs or records in the system! And then I also suspect that someone is doing some unauthorised testing because I saw two invoices generated with incorrect amounts!

MINISTER: Oh, don't worry about it! I'm sure someone from IT will look into it. More importantly, have you covered up those excess meal orders?

AH FOOK: Yap, done that. Those 63 instances of excess meal orders are already settled through the falsification of meal consumption records. Don't worry, nobody will compare the number of attendees for the events with the number of meals ordered one.

MINISTER: Well done! Do we have enough sponsorship for the event now?

AH FOOK: Yap, in fact after accounting for all the expenses, we are still left with $440,450. Should we start to refund back to the sponsors?

AH FOOK: Wah! Can take so long to refund meh?

MINISTER: Don't worry, these people won't care about these money one lah! Oh, and you reminded me... here's another cheque of $34,907 to put into the event. Use it for anything, like ask some contractors to paint the roads leading towards the venue with "Give Way". This will remind other drivers to give way so that the attendees won't be late and we can start on time.

AH FOOK: Okay sure. But I thought these money is for those welfare homes?

MINISTER: Is it? Oh, don't worry about it. They can get other money by other means.


What's happening: Auditor-General takes some ministries to task
Posted by Unknown at 1:47 PM