Ah Fook cannot get YOG ticket, but the venue is half-empty! 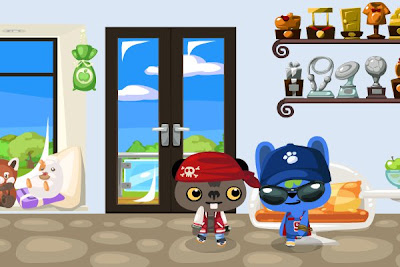 To be a responsible citizen and more importantly, to support the kids, Ah Fook has decided to get himself some YOG tickets and go watch some matches. So he went to look for the Committee.

AH FOOK: Hey, I heard that there are still lotsa left over tickets for the YOG? Must be damn sianz right?

COMMITTEE: I wouldn’t say we are disappointed, I think we are quite happy with the ticket sales so far but I also hope more Singaporeans will also support the games and Team Singapore.

AH FOOK: Yah, I also heard that our kids are actually performing very well in the matches! I wanna go watch and support them! Can I get the tickets from you?

COMMITTEE: Oh I'm so happy that you're supporting the games and Team Singapore! That is the spirit that I'm talking about!

AH FOOK: Yah, so you think I can get the ticket to the semi-finals of 50m Butterfly swimming event? I heard our very own Amanda Lim is in it wor!

COMMITTEE: Oh yes, I heard as well! It was a good job by Amanda! Well done! I'm sure she'll go far!

AH FOOK: Yah! Amanda and also that Daryl Tan who won the bronze medal for taekwondo are kids who we should be proud of! Some more they're Singapore-born Singaporeans okay! They're living proof that we don't have to always buy outsiders to compete for us okay!

COMMITTEE: Ehem... yes, we want to groom these local athletes to make sure they are identified and put through the pipeline to train them... but we must also be practical... we must be realistic that we need foreign talents too...

COMMITTEE: Ehem... anyway, you were saying you wanted to get the tickets? You know, Ah Fook, you will probably see this in your lifetime, once. And we are all making history together because the games is here, first time in the world! You should be so proud of Singapore!

AH FOOK: Har? Why only once in my lifetime? You mean after this first YOG in Singapore, no more already meh?

COMMITTEE: Er... of course there will be more, but it'll be hosted in other countries!

AH FOOK: Then? Good what! Then can go tour also mah!

AH FOOK: Aiyah, anyway, can sell me the tickets?

COMMITTEE: The tickets are already sold out.

AH FOOK: Sure or not? I heard that most of the venues are half-empty only wor! Even the Hall 401 at the International Convention Centre at Suntec City, which holds a capacity of 840, was half-empty when our Daryl took on the Iranian taekwondo star!

COMMITTEE: Actually on paper, that venue was full. The seats were already allocated to the schools even though nobody turned up. So theoretically the tickets were sold out. That's why even his parents can't watch him fight.

AH FOOK: Walauz! No kidding! His parents didn't see him win the match and get Singapore's first YOG medal?!?